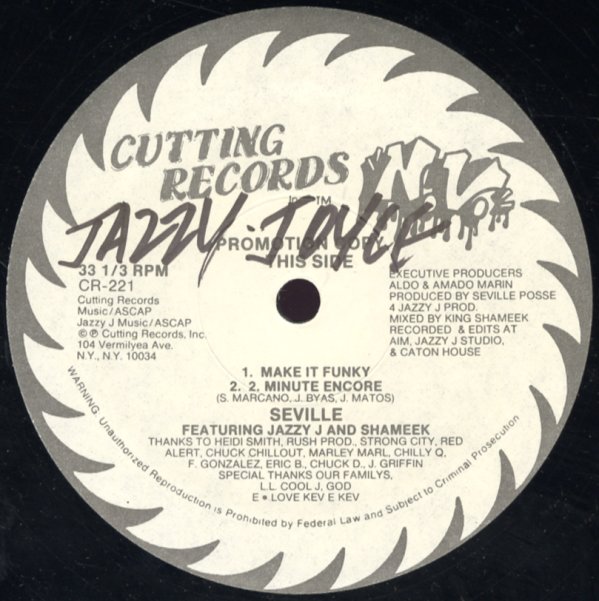 Jazzy J cuts it up nicely on the 1's and 2's, while Shameek rides the mic over the Cavern/White Lines bassline. The b-side's not much more than a booming 808 with some rhymes over top, but that's nothing to complain about.  © 1996-2021, Dusty Groove, Inc.
(Labels have a name in marker.)