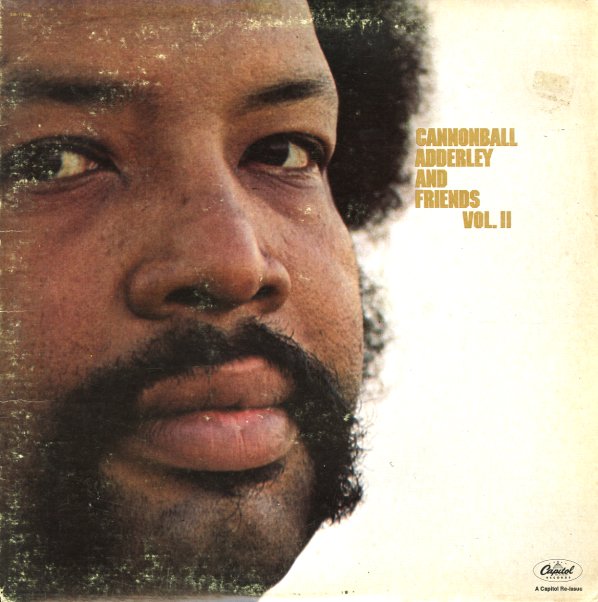 Originally, this set was issued as a double LP in the early 70s, pulling together sides Cannonball cut for Riverside and Capitol, but the set was subsequently split into 2 separate volumes, and this is the second of those. Touching on the many styles Adderley played throughout his career, though they all had a wonderful soul jazz underpinning, it features numerous guest players and singers, like Sergio Mendes, Nancy Wilson, Ernie Andrews, Wes Montgomery, Eddie Vinson, and Wynton Kelly. 8 tracks in all: "Never Will I Marry", "Big City", "Barefoot Sunday Blues", "Minha Saudade", "A Sleepin' Bee", "Poor Butterfly", "Hold It" and "O Amor Em Paz (Once I Loved)".  © 1996-2021, Dusty Groove, Inc.
(Cover has splitting in the seams and marker on both sides.)