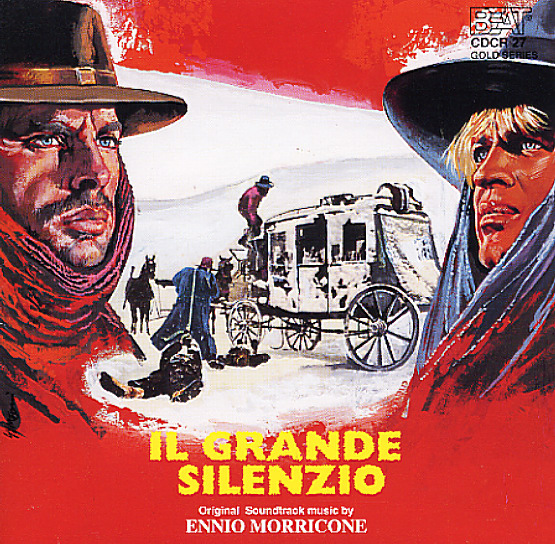 Beautiful work from Ennio Morricone – 2 soundtracks from different genres of film, but both linked together nicely through their styles! Il Grande Silenzio is a spaghetti western, but Morricone's music for the film is remarkably sweet – done in that blend of light melody, isolated instrumentation, and slight electric touches that show up on some of his best work of the Mondo Morricone era. A few tracks are more dramatic or moody, but there's a great feel overall – set up by the theme "Il Grande Silenzio", and followed up by tunes that include "Viaggio", "Voci Nel Deserto", "E L'Amore Verra", and "Invito All'Amore". Un Bellissimo Novembre is a completely different style of film – one that deals with the flowering of young love – but it's also got some sweet Morricone themes that sparkle nicely, done with lusher string orchestrations, but also some key touches that include whistling and a bit of that trademark Morricone "boing"! Includes vocal and instrumental versions of the tune "Nuddu" – plus "Sensi", "Buio Mattino", and "Ancora Piu Dolcemente".  © 1996-2022, Dusty Groove, Inc.
(2005 pressing.)

Two Mules For Sister Sara (2CD expanded edition)
Kapp/La La Land, 1970. Used
CD...$24.99
A really fantastic score from Ennio Morricone – maybe better this time around than the images on the screen for some of his other westerns of the period – more proof that the maestro was always willing to rise above, and give his best no matter what the setting! The music begins with ... CD