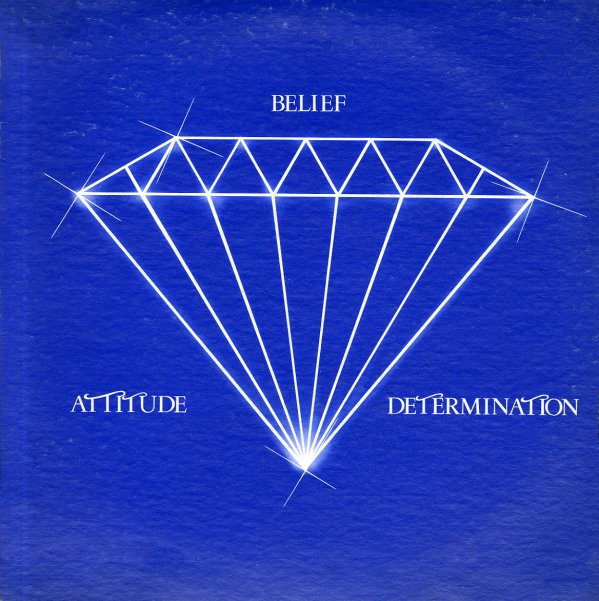 An incredible record from the Chicago scene – issued on a tiny little label from deep on the south side – and done with a much richer vibe than you might expect! "Attitude Belief & Determination" is a track that's almost got a righteous, spiritual sort of flavor – but a vibe that's funkier overall – somewhere in that classic James Mason mix of message and groove, with wonderful paired vocals in the lead, and a stepping bassline under Fender Rhodes, which really sends the whole thing home! The track is nice and long, and backed by by "Nonstop To The Top" – a tune with a bit more boogie in the bassline, but still this spacious sort of groove overall. Both cuts were recorded at Curtom – with production that's definitely a cut above the usual indie 12" single!  © 1996-2021, Dusty Groove, Inc.
(Beautiful pressing – heavy blue vinyl!)