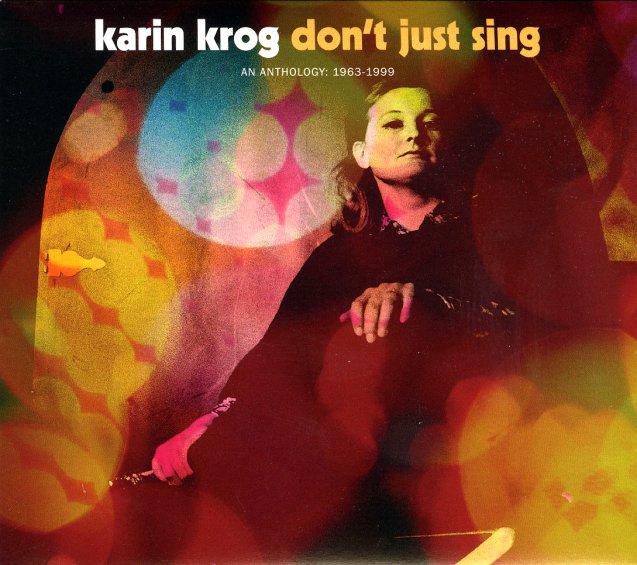 Wonderful work from one of our favorite singers of all time – an artist with roots in jazz, but one who quickly stepped out into something else entirely – as you'll hear on this beautiful selection of tunes! Karin Krog's been a key figure in the Norwegian jazz scene since the start of the 60s, but she's hardly ever gotten any global exposure (although we've always tried to stock her music whenever we can) – and she's got a sound that's really mindbending, and far-reaching – every bit as powerful and soulful as some of the new generation of jazz singers who worked in the US scene of the 70s – like Dee Dee Bridgewater, Flora Purim, or Ursula Dudziak – but with a sound that's maybe even more revolutionary than all three put together! Karin uses her voice like an instrument, but still pays very careful attention to the words as well – which is crucial, since her lyrics are often her own, or penned by hip collaborators like Steve Kuhn and John Surman. The result is something that's hardly jazz at all – but instead this really cosmic, forward-thinking approach that may well be the 70s equivalent in vocals to Herbie Hancock's work on the keys. No surprise, Karin turns in a wonderful version of "Maiden Voyage" here – and shines on other tunes that include "A Love Supreme", "Just holding On", "Don't Just Sing", "Glissando", "Break Of Day In Molde", "We Could Be Flying", "Raindrops Raindrops", "Lazy Afternoon", and "All I Want". CD also features two never-issued songs – "Images In Glass" and "Tystnaden" – and musicians include John Surman and Dexter Gordon too!  © 1996-2021, Dusty Groove, Inc.

Where You At?
Enja/Ultra Vybe (Japan), 2002. New Copy
CD...$16.99
A beautiful return to form for singer Karin Krog – one of our favorite jazz vocalists ever! The album's got Karin singing to arrangements and backing from pianist Steve Kuhn, a wonderful talent for a set like this, and a songwriter who's contributed some really wonderful tunes to the ... CD