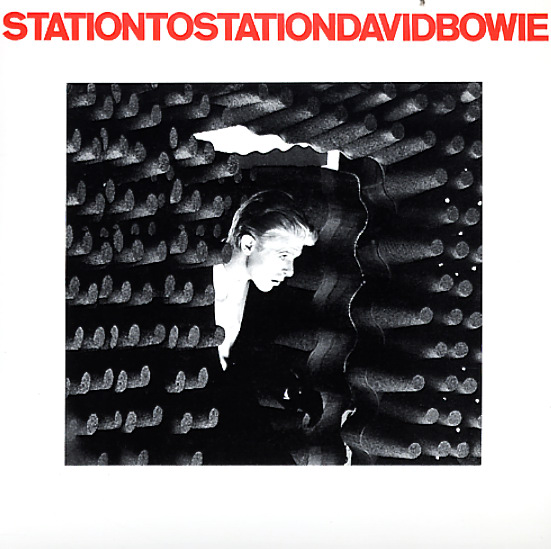 The second half of Bowie's Thin White Duke years in the studio – a record that's more cool and condensed than his Young American album – but equally sublime in its own sort of way! The format here is much more compact – with a small group working alongside Bowie, still with some currents of Philly soul – but also some of the darker tones that would come to the forefront during the Berlin years after this album's release – a mode that's maybe hinted at by the Man Who Fell To Earth image on the cover. A few tracks are long, and build up beautifully – showing a new sort of subtlety from Bowie – and titles include the classic "Station To Station", plus "Golden Years", "Word On A Wing", "TVC 15", "Stay", and "Wild Is The Wind".  © 1996-2021, Dusty Groove, Inc.
(Tan label pressing, APL1-1327. Vinyl has a slight warp but still plays fine. Cover is still in the shrink, with hype sticker and some shop sticker remnants.)