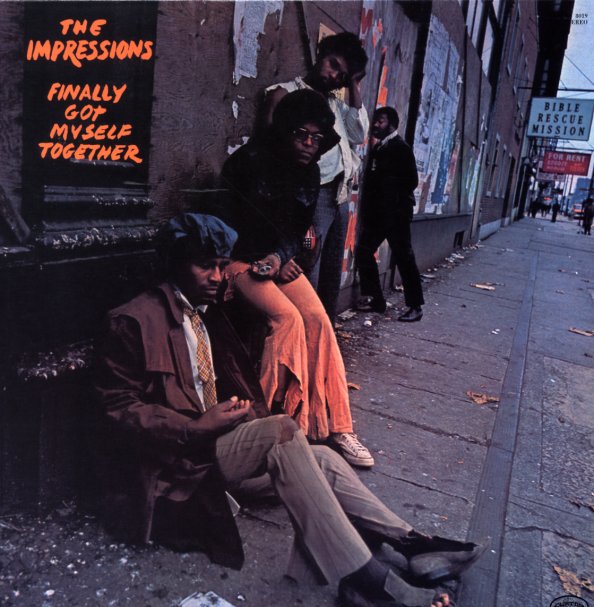 A great little album by The Impressions – possibly their best of the 70s! The record's got a very solid harmony soul approach, and Lowrell Simon wrote and produced a number of tracks with Rich Tufo – giving the album the same sweet sexy sound that he brought to his best solo records, and his late work with The Lost Generation! The best example of this is the fantastic soul cut "We Go Back A Ways", a sweet mellow groover in the Leroy Hutson vein, and one of their standout cuts in the post-Curtis days. Ed Townsend worked on a number of other cuts, too, and he brings a real tightness to the songwriting – especially on the cuts "Guess What I Got", "Try Me (One More Time)", and "I'm A Changed Man".  © 1996-2020, Dusty Groove, Inc.
(Cover has some edge wear.)