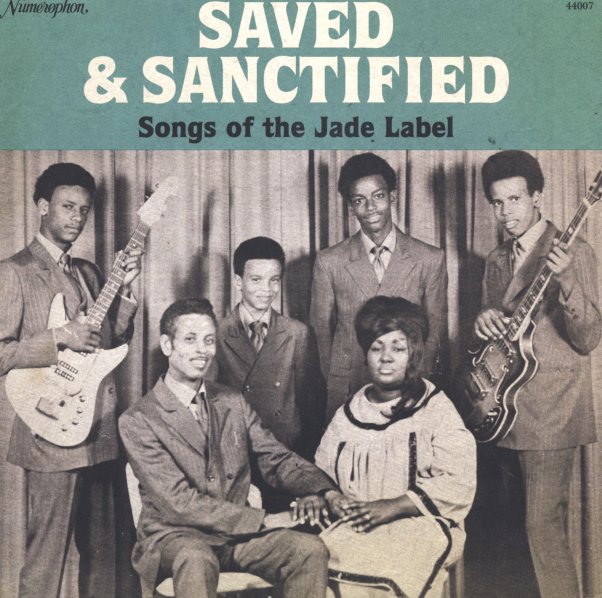 Killer gospel work from a small Chicago label – most of it pretty darn funky and soulful as well! The label sticker on the album's cover states a link too musical roots in the deep south – but the overall sound here is more in that wonderful hybrid of spiritual and secular that happened in the Chicago scene in the 70s – as hipper, more sophisticated modes came into play with the message – and resulted in grooves that are equally appealing to soul music fans as well! All the cuts were put together in a tiny studio on the city's west side – and as with most Numero projects, the package provides an essential look at a musical scene we might have missed otherwise – even though Dusty Groove is just a few miles down the street from the original studio. Titles include "Satisfied Mind" by Reverend Jennings, "Got To Make A Hundred" by Harmony Four, "Soul Couldn't Be Contented" by The Inspirational Souls, "Saved & Sanctified" by Brother Hayes & The Farmer Singers, "My Shoes" by Flying Eagle Gospel Singers, "Never Alone" by The Gospel Clouds, and "Why Is The Blood Running Warm" by The Mighty Messiahs.  © 1996-2022, Dusty Groove, Inc.
(Includes bonus download too!)