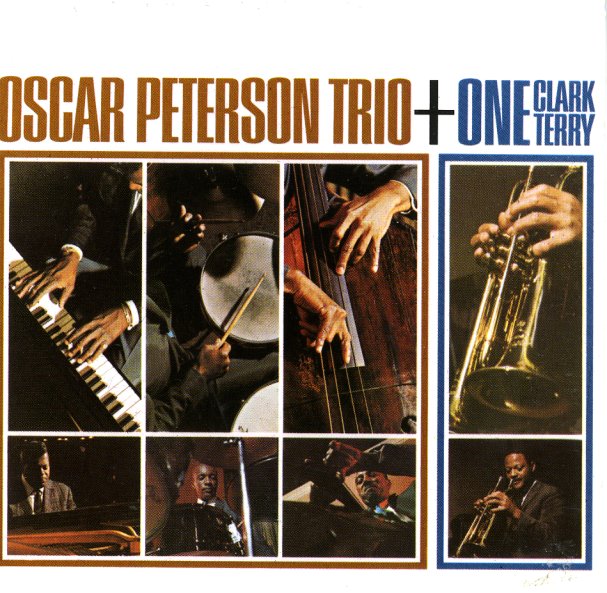 Oscar Peterson's trio is augmented here by a famous guest – trumpeter Clark Terry, whose horn adds a nice bit of punctuation to the set, and makes the record a strong standout in the 60s catalogs of both players! The addition of Terry to the record is a great one – as Clark's rising fame at the time merges nicely with the popularity of the Peterson group – and since both players share a talent for mixing earthy moments with tighter playing, the whole thing comes off pretty darn nicely! Peterson's piano is supported by rhythm work from Ray Brown on bass and Ed Thigpen on drums – and Terry not only plays trumpet and flugelhorn, but also vocalizes a slight bit too – sometimes at the same point he's playing his horn! Titles include "Mumbles", "Mack The Knife", "Jim", "Blues For Smedley", "Brotherhood Of Man", and "Incoherent Blues".  © 1996-2021, Dusty Groove, Inc.
(Late 60s red label stereo pressing.)