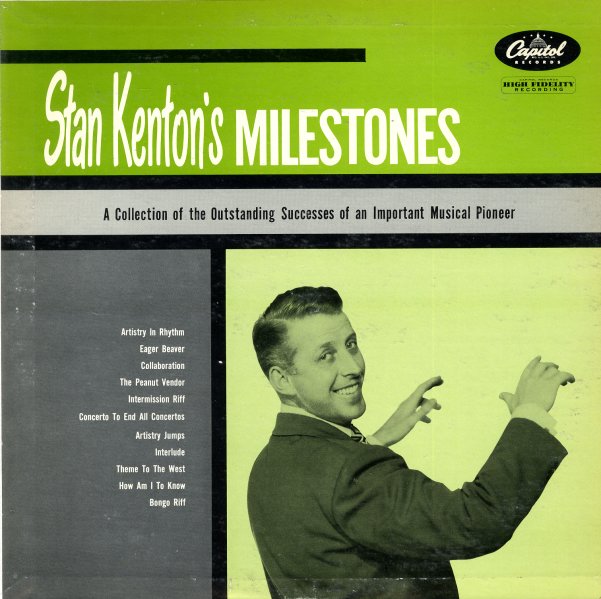 Hits In Concert
Creative World, Early 70s. Near Mint-
LP...$3.99
The Kenton sounds hits the 70s – on versions of "Love Story", "MacArthur Park", "Chiapas", "Malaga", and "What Are You Doing The Rest Of Your Life", with featured soloists that include Warren Gale and Dennis Noday on trumpet, Dick Shearer and ... LP, Vinyl record album

Cuban Fire
Capitol, 1956. Near Mint-
LP...$19.99
One of Kenton's greatest records, and the one in which he proves his dedication to Latin styles, by serving up a killer batch of Afro-Cuban tracks with an incredibly authentic feel. The great Johnny Richards handled the arrangements, and the tracks are long and drawn out, with plenty of solo space ... LP, Vinyl record album