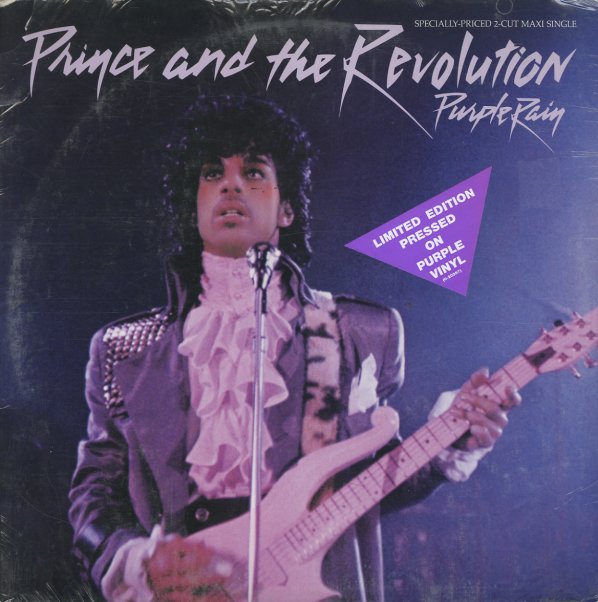 A great release of the song that really put Prince over the top – a song that got him maybe more play on rock and pop stations than he was ever getting on soul radio – and which for years became an anthem for folks who never would have touched his music in years before! The version here is the very long 8 minute take – which builds and builds – and "God" is a very cool non-LP b-side, which has this gentle vibe that's really beautiful – with lots of room for Prince's vocals to step out slowly into space!  © 1996-2021, Dusty Groove, Inc.
(Purple vinyl pressing. Cover has some ring & edge wear and is bent a bit at the sides.)