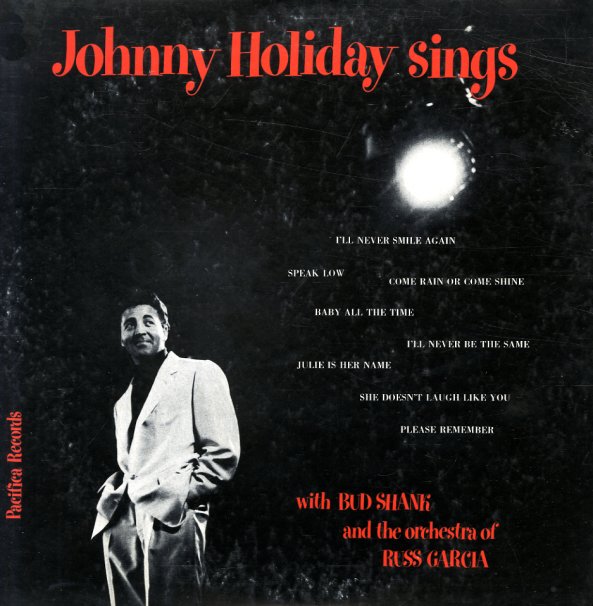 Obscure set of west coast vocals, laid down by singer Johnny Holiday (of whom we know nothing, except that he's not the famous French singer), along with a band led by Russ Garcia, and which features Bud Shank on some great solos. The material deviates from the usual set of standards, and there's three nice Bobby Troup compositions in the lineup.  © 1996-2022, Dusty Groove, Inc.
(Cover has light wear, but is nice overall – no splits!)