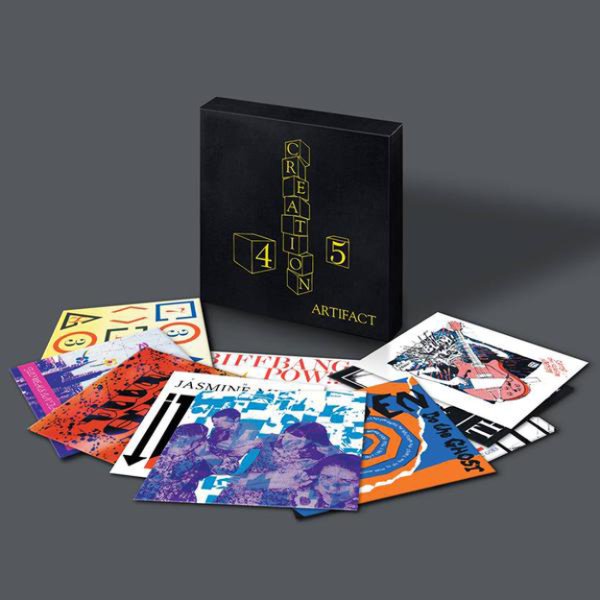 A stunning legacy of music – the first 10 singles from the mighty Creation Records label – almost all of them records that really helped redefine the sound of British rock in the years after punk! The box is cool, with a fabric-like texture – and each single comes with its own vintage pic sleeve – plus a book with the whole thing as well! Titles include "73 In 83" by The Legend, "Flowers In The Sky" by Revolving Paint Dream, "Fifty Years Of Fun" by Biff Bang Pow, "Think" by Jasmine Minks, "Something Going On" by The Pastels, "Do The Ghost" by The X-Men, "There Must Be A Better Life" by Biff Bang Pow, "Where The Traffic Goes" by Jasmine Minks, "Why Does The Rain" by The Loft, and "The Legend Destroys The Blues" by The Legend.  © 1996-2021, Dusty Groove, Inc.