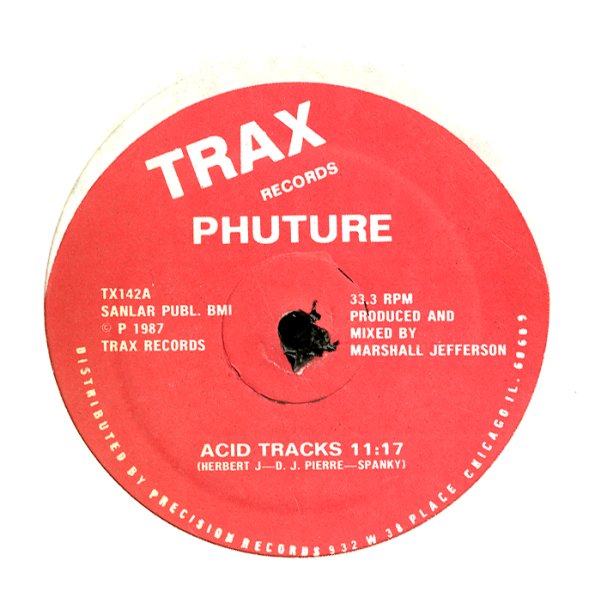 Classic Marshall Jefferson acid house, with the full 11 minute version of the a-side.  © 1996-2021, Dusty Groove, Inc.
(Vinyl has a mark that clicks a bit at the middle of "Acid Tracks".)

House Music Anthem – Move Your Body/Dub Your Body/Drum Your Body/House Your Body
Trax, 1986. Very Good
12-inch...$11.99
A soulful classic from Chicago! "Move Your Body" is a wonderful house tune – one with a warmer groove than usual, and vocals that really drive the track in a great way. Mixed by Chicago legend Ron Hardy, this track needs no introduction around these parts, and we'd be surprised if ... 12-inch, Vinyl record

Dum Dum (part two, part two inst)
Trax, 1986. Good
12-inch...$4.99
Once upon a time we knew who was behind this great raw original acid track released on the seminal house label Trax, but honestly we can't recall right now, though that doesn't diminish how much we love this percolating Chicago classic! 12-inch, Vinyl record