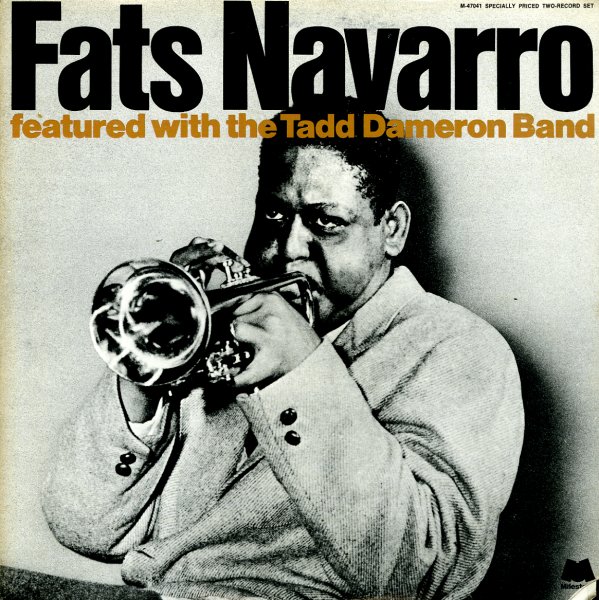 Also available
Fats Navarro — Fats Navarro Featured With The Tadd Dameron Band ... CD 4.99
A 2LP collection of material originally recorded for radio on acetates, then transferred to tape in 1961 and released as 2 albums on the Jazzland label in the early 60s. The sides are noteworthy in that they offer some important early performances by Navarro – working with the Tadd Dameron band that included Allan Eager, Kenny Clarke, and altoist Rudy Williams. Dameron wrote and arranged most of the material, and titles include "Wahoo", "The Squirrel", "Our Delight","Eb Pob", "Tadd Walk", and "Good Bait".  © 1996-2022, Dusty Groove, Inc.
(Cover has light wear.)

Echoes Of A Friend
Milestone, 1972. Sealed
LP...$24.99 (CD...$9.99)
A haunting tribute to the late John Coltrane – not just a "friend" of McCoy Tyner, but a key musical partner back in the 60s! The album's a solo piano effort – extremely intimate, but still played with that long-flowing majesty we always love in McCoy – and two of the ... LP, Vinyl record album

Song Of The New World
Milestone, 1973. Very Good+
LP...$19.99
Soaring brilliance from McCoy Tyner – one of his first large group outings, and an effort undertaken with key help from William Fischer! There's a sense of soaring freedom here that's very much like Tyner's smaller group albums of the time – but Fischer tunes it with a broader sense of ... LP, Vinyl record album

Hawk Flies (Hawk Flies High plus singles)
Riverside/Milestone, Mid 40s/1957. Very Good+ 2LP Gatefold
LP...$6.99 11.99
A nice set that brings together Hawk Flies High plus earlier material from 78s! The core record is a key album in the reintroduction of Coleman Hawkins in the late 50s – recorded in a style that still bears a lot of traces of earlier years, but at a time when Hawk was being claimed as a key ... LP, Vinyl record album