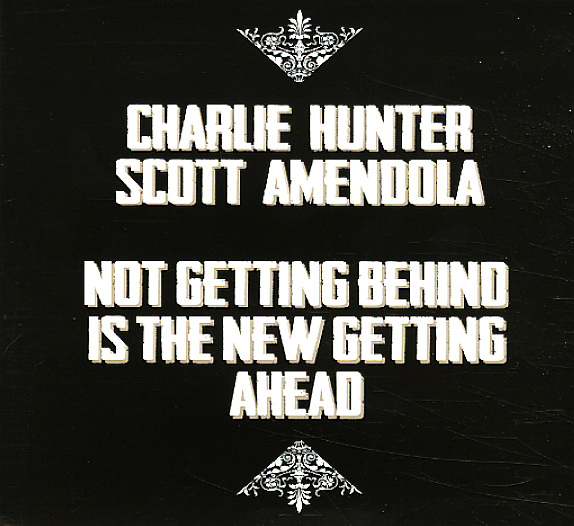 Not Getting Behind Is The New Getting Ahead

A great setting for the 7 string guitar of Charlie Hunter – served up here in a spare set of duets with drummer Scott Amendola! The sound is nice and wide – way fuller than you might expect from two instruments, thanks to some lush phrasing from Charlie, as he moves nicely along with the grooves from Amendola's drums – sometimes a bit funky, other times nice and offbeat – making for the kind of fresh set we've always come to expect from Hunter! Titles include "Ghost Mall", "Blind Arthur", "Rust Belt", "There Used To Be A Nightclub There", "The Wizard Pounds The Pavement", and "Economy With Dignity".  © 1996-2021, Dusty Groove, Inc.
(Out of print.)