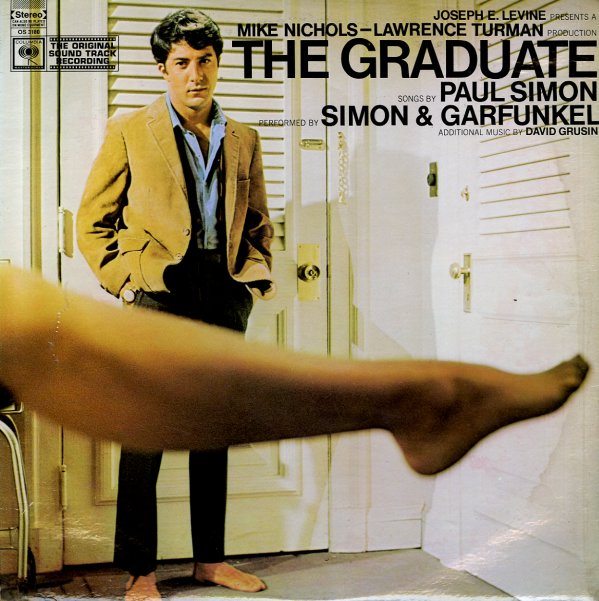 A tremendous little soundtrack – even if you've seen it a million times! Simon & Garfunkel always had a really dark quality to their music, but it never seemed to show as much on the pop charts as it did when used brilliantly by Mike Nichols in this important film. Their tunes emerge in slightly different versions, with a style that's a bit more adult and more off-center than we remember – all sitting next to some groovy instrumental tunes score by a young Dave Grusin, and shifting the mood nicely from track to track. Titles include "Whew", "Scarborough Fair/Canticle", "The Singleman Party Foxtrot", "April Come She Will", "On The Strip", "The Folks", "Mrs Robinson", and "Sounds Of Silence".  © 1996-2021, Dusty Groove, Inc.
(70s Masterworks pressing.)