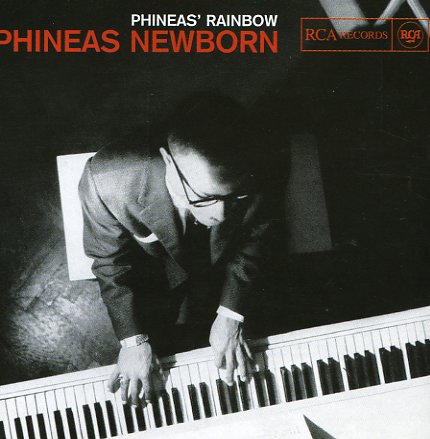 A smoking set from Phineas Newborn – recorded in 3 different modes for the record – solo, trio, and quartet! The quartet and trio sides feature some nice guitar from his brother Calvin Newborn – whose bluesier tones really help give the record a deeper feel than usual for Phineas, and help expand out the sound a lot. The trio material is drumless, which makes for a cool combination of piano, bass, and guitar – and even the solo tracks have a nice feel too – a bit more introspective, sprinkled throughout the record to balance out the sound nicely. Titles include "Overtime", "Come To Baby Do", "Land's End", "She", "Tin Tin Deo", and "Clarisse".  © 1996-2021, Dusty Groove, Inc.
(Out of print.)

Look Out – Phineas Is Back! (Japanese paper sleeve edition)
Pablo (Japan), 1976. Used
CD...$9.99
The first album from Phineas Newborn in a number of years – and a set with a strong enough sound to warrant the "Phineas Is Back" in the title! Newborn's sound here has hardly dimmed at all – and he's still got that great blend of complicated flourishes and bluesier ... CD

Quartetto
RCA (France), 1962. Used
CD...$12.99
A bracingly fresh combination of vibes, piano, bass, and drums – and a real standout set of modern jazz from the Italian postwar years! At first glance, the lineup of the group is relatively conventional – forged with the same instrumentation as the Modern Jazz Quartet or George ... CD