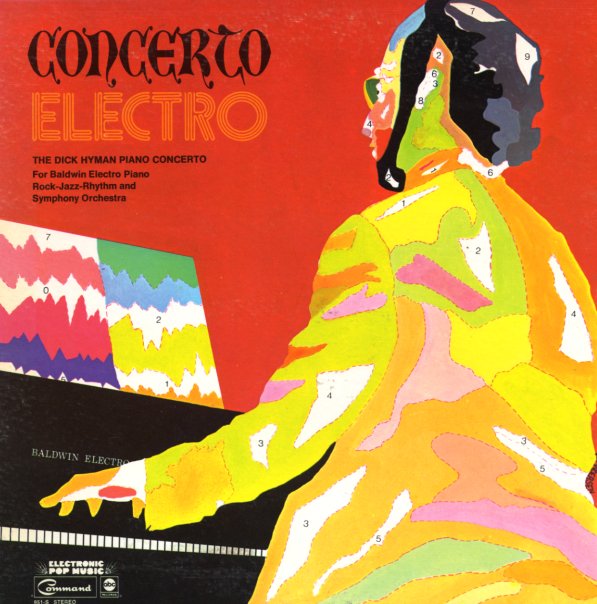 Not as "electro" as you might expect from the title, but a pretty nice little record from Dick! The album has Hyman playing Baldwin electric piano in front of larger orchestrations – running through a suite of tracks that move from jazz to classic to "rock" type rhythms – at the best moments soaring like some hip soundtrack tunes, and at the weaker ones, just sounding like spare jazz solo work. The album features one long piece of music, divided up into many moods and tones.  © 1996-2022, Dusty Groove, Inc.
(Cover has some ring and edge wear, aging, and a small cutout hole.)

Do The Love
ABC, Late 60s. Very Good+
LP...$1.99
Square-headed Bob Thiele tries to get a bit hip in kind of an olde-fashioned 1920's vein, with arrangements by Sid Feller, and some vocalizing by Steve Allen. Thiele plays a Selmer clarinet, and he's joined by The Sunflower Singers on a number of tracks. Cuts include "Jet Me To Frisco", ... LP, Vinyl record album