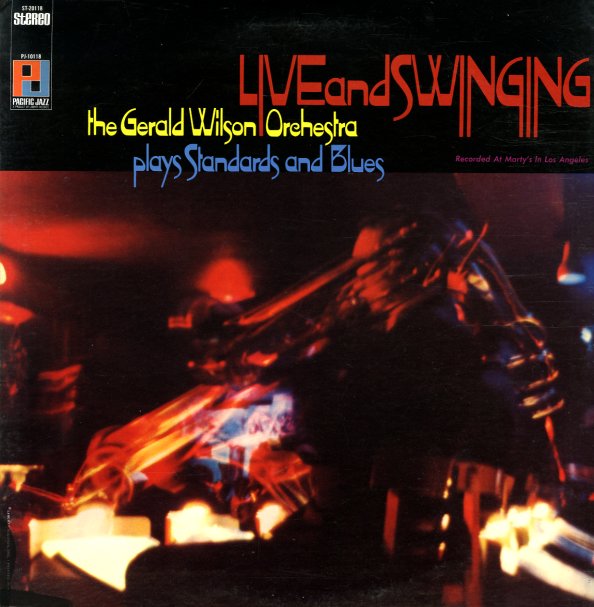 One of the hippest of Gerald Wilson's recordings for Pacific Jazz in the 60s – an excellent live session with a very groovy edge! Wilson's studio work for the label at the time was great enough, but somehow, hearing his group working live, we get a new appreciation of his genius – as the tunes unfold with a soulful depth that goes farther than the studio versions, really grooving with great solo work by Harold Land and Hadley Caliman on saxes, Charles Tolliver on trumpet, Jack Wilson on organ, and Phil Moore on piano! Titles include a great version of Tolliver's "Paper Man" – really showing the growing soulful sound of the group – plus the tracks "Viva Tirado", "Blues For A Scorpio", "Lil Darlin", and "The It's Where It's At".  © 1996-2021, Dusty Groove, Inc.
(Mono pressing. Cover has some scrapes at the spine and a bumped corner at the bottom left.)