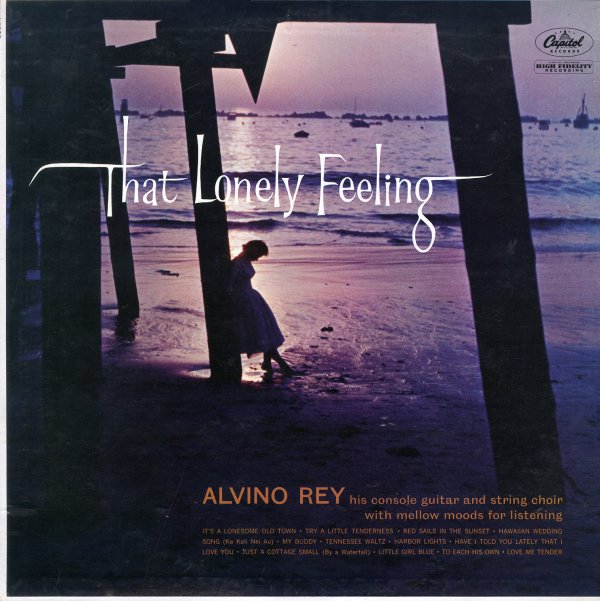 One of the mellower albums from Alvino Rey – the amazing 50s pedal steel guitar (or console guitar) player who made some very cool records for Capitol! Although some of Rey's records for the label have the feel of Esquivel's best work, this one's a bit dreamier – still quite odd, and almost otherworldly, but done with strings by Ralph Carmichael, for a feel that gets at the "lonely" in the title. Rey's still playing well – oddly and eerily on a few numbers that sound especially nice – and titles include "Just A Cottage Small", "Love Me Tender", "My Buddy", "Try A Little Tenderness", and "Harbor Lights".  © 1996-2022, Dusty Groove, Inc.
(Rainbow label stereo pressing. Cover has partial splitting on all sides, light surface wear on back. Includes Capitol inner sleeve.)

Lonesome Echo
Capitol, Mid 50s. Very Good+
LP...$3.99
A fantastic album – if only for the cover! The record features a rare cover image that's an obscure painting by Salvador Dali – and the back cover features a photo of Jackie and Dali shaking hands! The music's not as surreal as the image, but it's still got this amazingly baroque ... LP, Vinyl record album