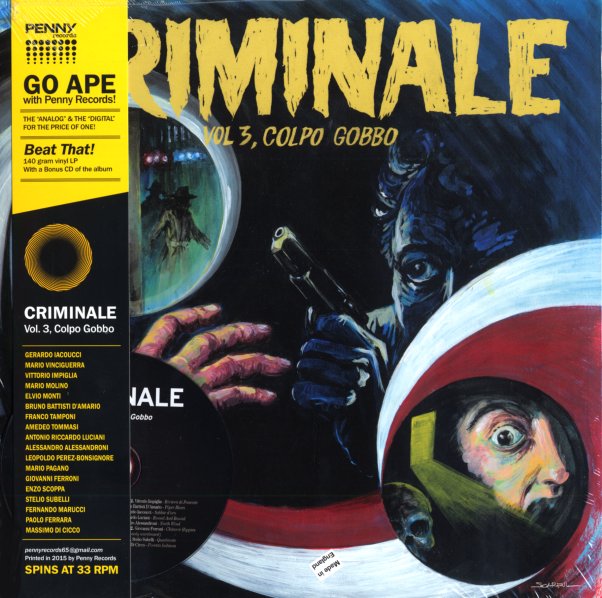 A funky variety of rare Italian Sound Library tunes from the Flipper Music vaults – running the gamut of the seedy soundtrack styles of the time – from pulpy psych, to rumbling funky percussion, to groovy mod organ jazz and well beyond! It's great stuff, clearly indicative of the seedy cinema sounds of 70s, but the music stands strongly as a groovy listening experience of its own – with some great material by renowned soundtrack maestros and less familiar names, too. 16 track in all: "Tangenziale Sud" by Gerardo Iacoucci & Mario Vinciguerra, "Rotatory Motion" by Franco Tamponi, "North Wind" by Alessandro Alessandroni, "Quadrante" by Stelio Subelli, "Carosello" by Leopoldo Perez-Bonsignore, "Chitarre Hippies" by Giovanni Ferroni, "Capricorno" by Amedeo Tommasi, "Piper Blues" by BrunoBattisti D'Amario and more.  © 1996-2021, Dusty Groove, Inc.
(140 gram vinyl – with bonus CD.)