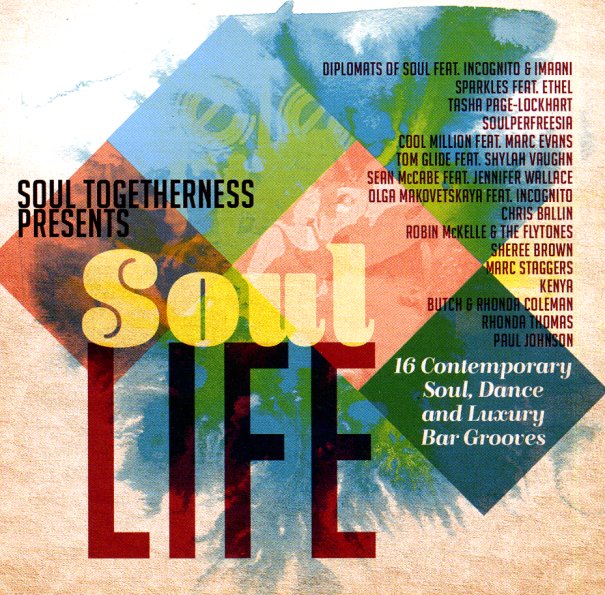 Contemporary cuts, all hand-picked by the Soul Togetherness crew – who you might know from their other excellent collections of vintage funk and soul! The music here is from the global Neo Soul underground – and reflects both the sort of cutting-edge acts showcased by Soul Togetherness, and the long legacy of new music released by the Expansion label – still one of the strongest imprints for contemporary soul after all these years! A few cuts here mark the CD debut of tracks that have only been vinyl or digital before – and titles include "Brighter Tomorrow" by Diplomats Of Soul with Incognito & Imaani, "So Good" by Sparkles with Ethel, "Saving All My Kisses" by Soperfreesia, "Best Work" by Tasha Page Lockhart, "Bring Me Back" by Marc Staggers, "Your Love Is On Fire" by Sheree Brown, "Control Yourself (Opolopo rmx)" by Robin McKelle & The Flytones, "Soul Life (T-Groove Philly soul mix)" by Tom Glide with Shylah Vaughn, and "Dontcha Wanna Dance" by Cool Million with Marc Evans.  © 1996-2021, Dusty Groove, Inc.

Free Nationals
Obe, 2020. New Copy
CD...$11.99 12.98 (LP)
These guys are known by some as the backing band of Anderson.Paak, but they're a hell of a group on their own – rock-solid right at the core, and able to effortlessly craft a sweet blend of funk and soul – yet also leave room for plenty of guests along the way! The musicianship here is ... CD