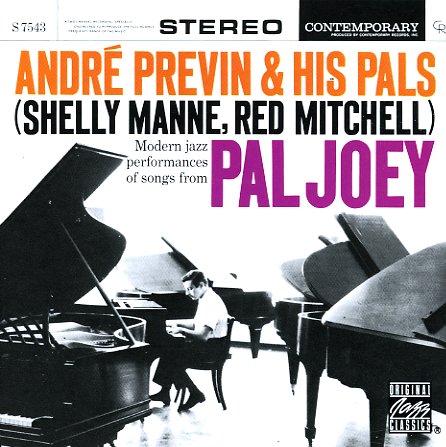 Surprisingly nice stuff – especially considering that the album was one in a string of Previn piano sessions for Contemporary – all based around Broadway themes as part of the success of his My Fair Lady date with Shelly Manne! This set still features Manne on drums – and Red Mitchell on bass – but it's also got a thoughtful feel that takes it way past any cookie cutter expectations you might have – really recapturing the genius of the Lady record, in the way the trio works with triangulated action to come up with unusual rhythms and melodies for the tunes. Titles include "What Is A Man", "It's A Great Big Town", "Do It The Hard Way", "That Terrific Rainbow", and "Take Him".  © 1996-2022, Dusty Groove, Inc.