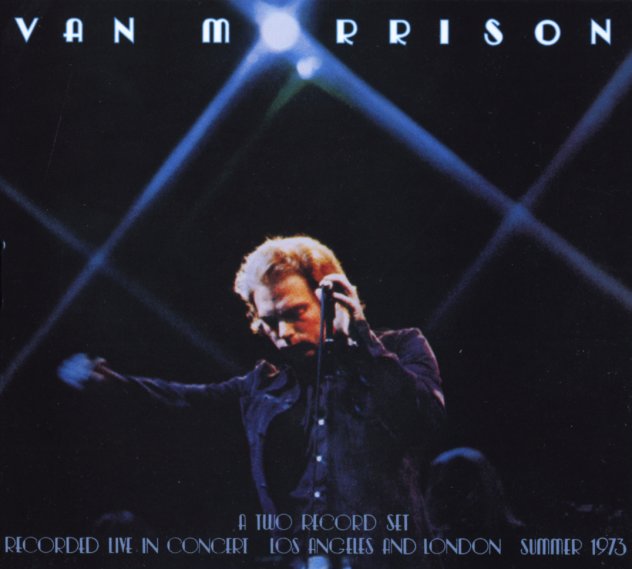 It's Too Late To Stop Now

Van Morrison at the height of his solo powers – working here in an extended live set that opens up with all the genius for vocal expression and inflection he developed during his initial solo years at Warner Brothers! The setting is perfect to show the growing confidence Morrison has in his talents – an unbridled sense of soul that comes on even more strongly on some of these versions than on earlier takes of the tunes in the studio – especially as they mix with a few great covers here that further illustrate the wide range of inspirations that Van brings into his music. Backing is by a tight, soulful combo – and tracks include "Domino", "Wild Children", "I Believe To My Soul", "I Just Want To Make Love To You", "These Dreams Of You", "Into The Mystic", "Warm Love", "Saint Dominic's Preview", "Bring It On Home To Me", "Listen To The Lion", "Gloria", "Cyprus Avenue", "Caravan", and "Take Your Hand Out Of My Pocket".  © 1996-2022, Dusty Groove, Inc.
(Out of print, earlier pressing in two individual jewel cases. )

His Band & Street Choir
Warner, 1970. Used
CD...$5.99 (LP...$21.99)
One of the great albums from Van Morrison during that incredible peak period – and a record that stands out as a less emotionally fraught effort after the heavy mood of Astral Weeks and the super far-reaching Moondance albums. Here Van concentrates a bit more on his love of R&B, but ... CD