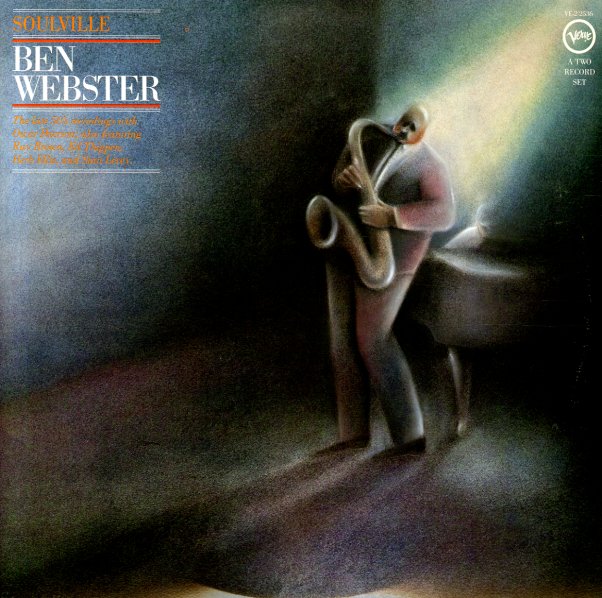 The stuff of legends, and one of the best sides that Webster cut for Verve in the 50s, this reissue adds a whole 'nother set of quartet sides, recorded with almost the same group, minus Herbn Ellis and replacing Stan Levey with Ed Thigpen. On the original LP the group's a quintet – with the usual suspects (Oscar Peterson, Ray Brown, Herb Ellis, Stan Levey), and a rolling easy groove that's a perfect platform for Webster's gutsy tenor. Norman Granz's formula of easy swing sessions didn't always work for everyone, but in this case, it's a perfect format – as you'll hear on tracks like "Soulville", "Last Date", and "Ill Wind". 15 tracks in all, also including "When Your Lover Has Gone", "Bye Bye Blackbird", "In The Wee Small Hours Of The Morning", "Lover Come Back To Me" and "This Can't Be Love".  © 1996-2022, Dusty Groove, Inc.
(Non-gatefold pressing, includes insert. Vinyl has a cosmetic mark on Side 3.)

Big Ben Time
Fontana (UK), 1968. Very Good
LP...$19.99
Great late work from the mighty Ben Webster – a set recorded overseas in London – with Dick Katz on piano, Spike Heatley on bass, and Tony Crombie on drums. Tracks are short and lively, and that amazing Ben Webster tone is alive and well – on titles that include "The Jeep Is ... LP, Vinyl record album

Live At Pio's
Enja, Early 70s. Sealed
LP...$18.99 (LP...$39.99)
A great small club date from Ben Webster – different than some of his European concerts of his final years, in that this one was done at a lounge in Rhode Island, and maybe has a bit more bite and focus overall! The tracks are short, and Webster gets superb rhythm accompaniment from the trio ... LP, Vinyl record album