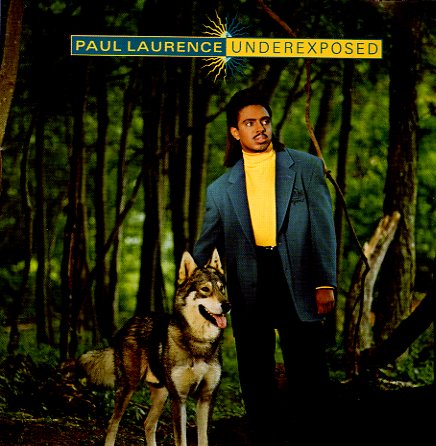 The title's a great one for this late 80s set – as Paul Laurence was one of the most underexposed soul singers of his generation, even though his work was always pretty darn great! Laurence comes across with plenty of spark and charm right from the start – undeniable star power that's made even better by the fact that Paul produced the whole record himself, and also wrote a good number of the tunes – acting as the sort of one-man powerhouse of soul that should have made it much bigger back in the day! The style's got a great electric 80s classic – maybe more the middle part of the decade than you'd guess from the date, although Paul's also respecting that return to less-cluttered arrangements that were really making headway at the time. Titles include "She's Gone", "Sue Me", "Make My Baby Happy", "Cut The Crap", "I Ain't Wit It", and "She's Not An Ordinary Girl".  © 1996-2021, Dusty Groove, Inc.
(Includes the printed inner sleeve. Cover has a cutout hole and light wear.)