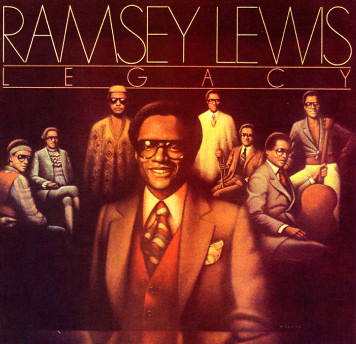 An overlooked gem from Ramsey's 70s years at Columbia – a record that has him grooving over larger arrangements, sweeping along in a great blend of soul and class that makes for some really great numbers! Side one of the album features Ramsey playing keyboards on the extended "Legacy" suite – a long piece composed and conducted by James Mack, which has Ramsey running through a lot of different moods and modes – some of them nice and funky! Side two features some nice shorter tracks – all electric groovers with plenty of funky keys! Titles include "Moogin On", "Don't Look Back", "Well Well Well", and "All The Way Live".  © 1996-2022, Dusty Groove, Inc.
(Includes the printed inner sleeve.)