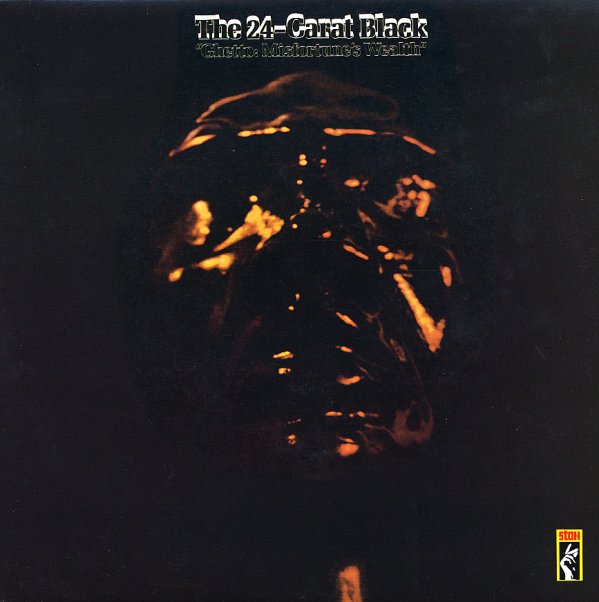 The one-time obscure, now straight-up classic funky soul record by 24-Carat Black! This beautiful LP was released by Stax in the early 70s, but somehow got lost in the shuffle. Fortunately, it was rediscovered by the international groove community in the years to come, and it's been at the top of everyone's playlist (and want list) ever since! This is sort of a politically conscious mini-opera, or suite, with 8 tracks of spiritual funk and soul, all strung together in a righteous package that's as perfectly-conceived as you could imagine for an independent soul release from the 70s. You've probably heard at least one sample from this album – maybe from the cuts "Brown-Baggin", "Food Stamps", or the title cut "Ghetto: Misfortune's Wealth", a great sample cut – but the whole album's great, and it totally deserves its massive reputation!  © 1996-2021, Dusty Groove, Inc.
(UK Stax reissue in a barcode cover. Cover has light wear.)

To Be Continued
Enterprise, 1970. Very Good+
LP...$14.99
One of Isaac Hayes early 70s classics for Stax Records – a perfectly conceived masterpiece of baroque soul that builds and builds as the set goes on! Ike heads up the instrumentation on electric piano, vibes, and plenty of percussion – but he's also getting strong support here from the ... LP, Vinyl record album

Where I'm Coming From
Tamla, 1971. Near Mint- Gatefold
LP...$49.99
Pivotal work from Stevie Wonder – an album with a depth and darkness that never would have been expected from his records of the 60s! In a way, the album's almost Stevie's What's Going On – as it's a self-penned, self-produced effort that really steps off from previous efforts – ... LP, Vinyl record album

Back Stabbers
Philadelphia International, 1972. Near Mint-
LP...$29.99 (CD...$4.99, CD...$4.99)
A landmark album for the O'Jays – a set that moved them from the indie ranks to 70s megasoulstatus! After years of bumping around on a variety of labels, and in a variety of styles, the group really exploded with this wonderful set – an album that has them soaring along in the ... LP, Vinyl record album

Greatest Hits
United Artists, Early 70s. Very Good+
LP...$19.99
A monster set of Chicano funky grooves from LA – most of which forever transformed the sound of funk! The album includes most of the band's best cuts – like "Slippin Into Darkness", "Cisco Kid", "World Is A Ghetto", "All Day Music", "Me & ... LP, Vinyl record album

Isley Brothers Greatest Hits Vol 1
T Neck/CBS, Late 70s. Very Good+
LP...$14.99
An excellent collection of work by The Isley Brothers – featuring some of our favorite smooth funky tracks from the 70s by the group! The set's a nice one because it includes a lot of good tracks that are on albums that aren't that great all the way through, so you get a good LP of all high-q ... LP, Vinyl record album