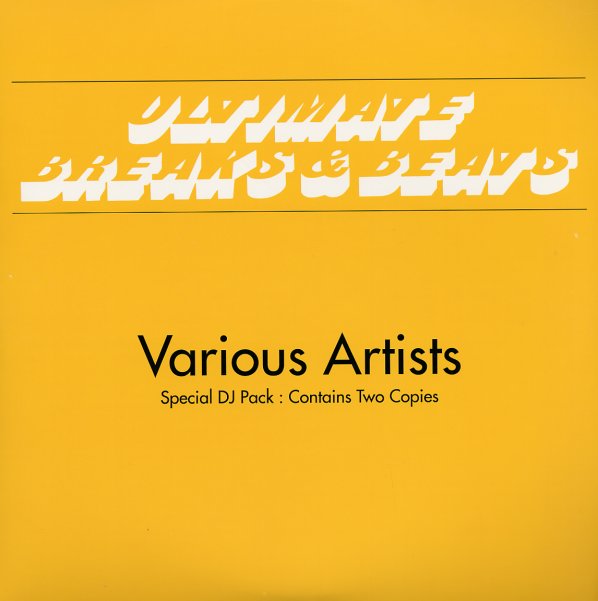 One of the first Ultimate Breaks and Beats sets – packed with hard-hitting funky tunes, of the sort that played big in South Bronx street parties! 6 tracks in all, 4 with the break edited and extended: Wilson Picket's "Get Me Back On Time", Juice's "Catch A Groove"*, The Rolling Stones' "Honkey Tonk Woman" and Disco Italiano's "Chella Lla", plus Funkadelic's "You'll Like It Too" and Roy Ayers' "Boogie Back",  © 1996-2023, Dusty Groove, Inc.
(Original pressing. Cover and labels have a name in marker.)