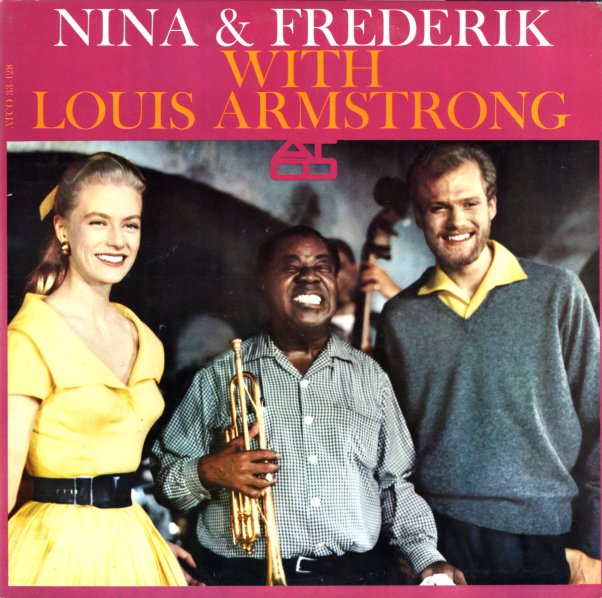 Louis Armstrong makes a guest appearance here on two tracks – and we already love the very groovy style that Nina and Frederik work together! Recorded by Metronome in Denmark, but issued here in the US by Atco.  © 1996-2023, Dusty Groove, Inc.
(Mono yellow label harp pressing. Cover has light surface wear.)