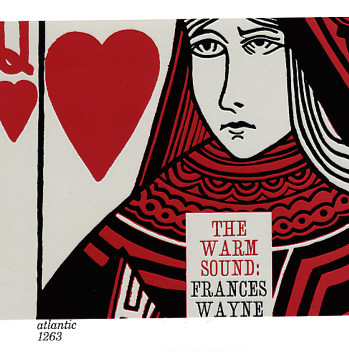 A wonderful little record from Frances Wayne – thanks to some great arrangements from Neal Hefti! Hefti's approach here is just perfect – not as over the top as his work with Count Basie, but with the right blend of sophistication and soulfulness to make Wayne sound great – really coming across with a lot more depth than we remember from other albums. Frances' vocals are slightly breathy at times, but never too much so – and she's got a slightly snakey quality that slides out nicely amidst small combo instrumentation from Al Cohn on tenor, Hank Jones on piano, Billy Mure on guitar, and Jerome Richardson on flute. Titles include "In Other Words", "Early Autumn", "Round Midnight", "Prelude To A Kiss", "Blue & Sentimental", "Soft Winds", and "Oh What A Night For Love".  © 1996-2021, Dusty Groove, Inc.
(Japanese Warner-Pioneer pressing, P-6133A. Includes the insert. Cover has some wear and aging.)

Your Mind Is On Vacation
Atlantic, 1976. Sealed
LP...$11.99
Ol' Mose manages to keep his cool, even in the 70s – laying down some great small combo work with Joe Farrell and Al Cohn each playing a bit of tenor! That Allison vocal approach is right on the money – and titles include "Your Molecular Structure", "If You Only ... LP, Vinyl record album