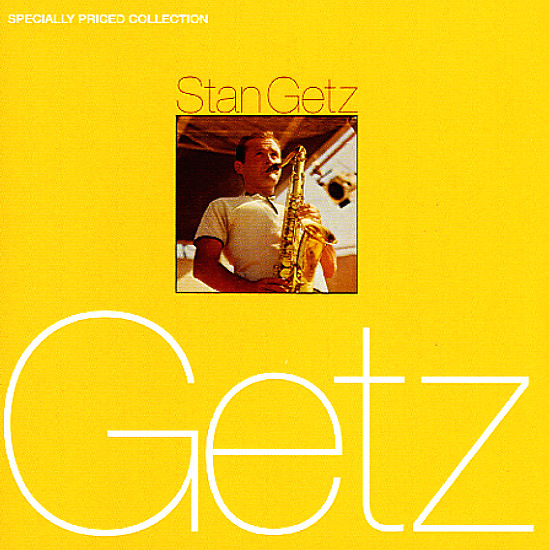 A 2LP set that compiles early recordings made by Getz for Prestige – about half of them titles that were issued on early singles, combined with material from the album Stan Getz With Cal Tjader. The early singles feature a few tunes with the "brothers" style sound – Brew Moore, Allen Eager, Zoot Sims, and Al Cohn on tenor with Stan – plus some other quartet sides. The Cal Tjader album is killer record from the late 50s – and one that hints at all the sides Stan would take in later years: his bossa sides, his vibes quartet with Gary Burton, and the playful lyricism of his recordings with Chick Corea. The set was recorded in San Francisco, when Stan had that great bassist Scott LaFaro in his group, and when he was brought into the studio by Fantasy to meet with local talents like Cal Tjader, Eddie Duran, and Vince Guaraldi. Billy Higgins is also added on drums, giving the set a lively songlike sound that's just great. The group works incredibly well together, and it's a shame they only really gelled for this rare non-Verve session. Titles include "Big Bear", "Crow's Nest", "Lady In Red", "Prezervation", "Five Brothers", "Crazy Chords", "Long Island Sound", "My Buddy", and "Ginza Samba".  © 1996-2021, Dusty Groove, Inc.
(Cover has some ring & edge wear and a sticker spot on front.)

What The World Needs Now – Stan Getz Plays Bacharach & David
Verve, 1966. Very Good- Gatefold
LP...$4.99
Stan Getz meets Burt Bacharach – a heavenly combination that brings together two of our most favorite musical talents of the 60s! And while we're at it, we'd also like to mention a third – Chicago soul arranger Richard Evans, who handles all the backdrops for this set – bringing ... LP, Vinyl record album