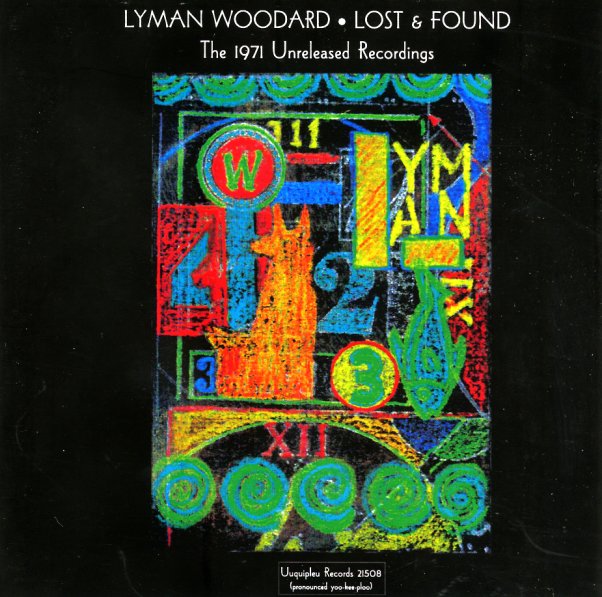 A completely lost album from Detroit legend Lyman Woodard – recorded around the same time as his Saturday Night Special classic, and every bit as great! The material is stunning – and easily rises to the top of the pack of the rare few examples of Woodard's genius that were caught on record – and like Saturday Night Special, the set's a masterpiece of mellow funk – with these cool, complicated arrangements that have both the grooves and Lyman's Hammond stepping out unlike anybody else – light years ahead of the late 60s soul jazz organ combos, but still with a lean, clean vibe that's very different than the large, smooth sounds of slicker 70s jazz. All tracks are long, and the record is totally wonderful – a gem that would be changing for hundreds of dollars, had it been issued in the 70s – but maybe even more amazing all these many years later as a rare extra bonus for fans like us! Titles include "Kimba", "Funky Lyman", "Lyman's Mambo", "Belle Isle Daze", and a surprisingly funky version of "By The Time I Get To Phoenix".  © 1996-2021, Dusty Groove, Inc.

Jazzy Weeknights Special
Uuquipleu, 1974/1993. New Copy 2CDs
CD...$9.99
Rare work from one of the true powerhouse performers on the Detroit jazz scene – organist Lyman Woodard, famous for a few funk records in the 70s – but a musician who also gigged non-stop for decades in the Motor City! This double-length set features two performances, almost 20 years ... CD

Black Saint
Black Saint/Solid (Japan), 1975. New Copy
CD...$13.99
Stunning work from one of the greatest players of the post-Coltrane generation – a classic session recorded overseas in the mid 70s, and one that's filled with soulful expressions from the great Billy Harper! Harper's tenor kicks off the set with an immediately gripping sound – as ... CD