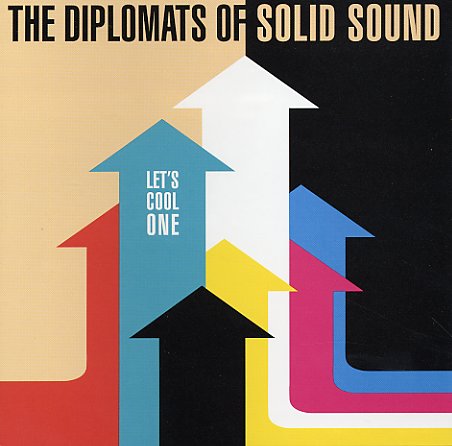 Mod mod grooving from Iowa's Diplomats Of Solid Sound – a tight little combo that's steeped in the ways of Booker T and Jimmy McGriff – but which also knows how to rock it when they can! The core group's a quartet – with Hammond and Fender Rhodes leading the grooves, plus a bit of bass, guitar, and drums. Added to some tracks are a bit of extra sax and percussion – but mostly, the groove's in a stripped-down organ combo mode that reminds us a lot of the early mod-revival style of the JTQ! Simple, solid, and no-nonsense – with tracks that include "Who's Got The Grady?", "You Can Make It If You Try", "The Cuber Bake", "Ribsticker", "Shadow Of Your Soul", "My Place BBQ", and "Don't Touch My Popcorn".  © 1996-2021, Dusty Groove, Inc.
(Out of print.)

Get Down
Velour, 1999. Used
CD...$11.99
Hard jamming jazz funk from the always-great Soulive – recording here in their original trio format – nicely stripped down into a stone-heavy groove of organ, drums, and guitar! The tracks are really great – with both an approach to the music and style of production that recall ... CD