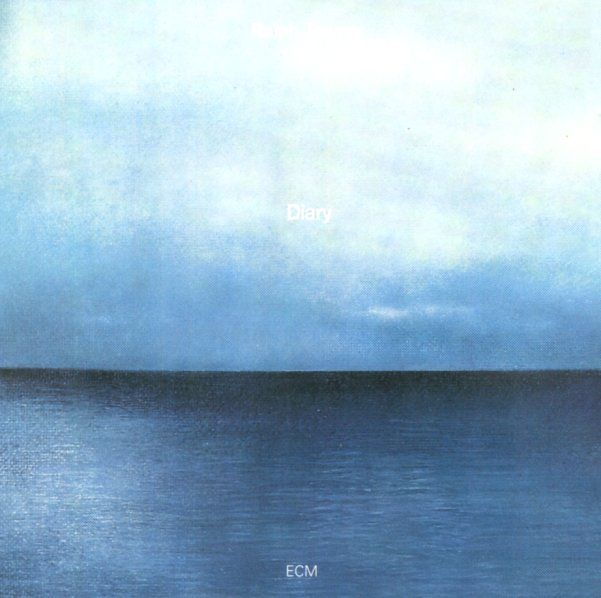 A beautifully personal album from Ralph Towner – a set that's maybe got more going on than just a diary – as the whole thing has a very poetic approach to the sound, one that's really in keeping with the new modes of expression that Towner helped bring to ECM! There's a bit of overdub at times – so that Ralph also adds in a bit of piano and gong next to his more familiar work on 12-string and classical guitar – both instruments used in ways that are very different than the new acoustic underground that emerged in the 60s, and than most other jazz uses of the instruments too. It's almost as if Towner were learning lessons from Derek Bailey about unusual ways to approach the instrument – but then went off in more tuneful, melodic pursuits – on titles that include "Icarus", "Mon Enfant", "Dark Spirit", "Entry In A Diary", "Erg", and "The Silence Of A Candle".  © 1996-2020, Dusty Groove, Inc.
(Out of print, jewel case edition.)

Diary
ECM, 1974. Used
CD...$9.99 (CD...$9.99)
A beautifully personal album from Ralph Towner – a set that's maybe got more going on than just a diary – as the whole thing has a very poetic approach to the sound, one that's really in keeping with the new modes of expression that Towner helped bring to ECM! There's a bit of overdub ... CD