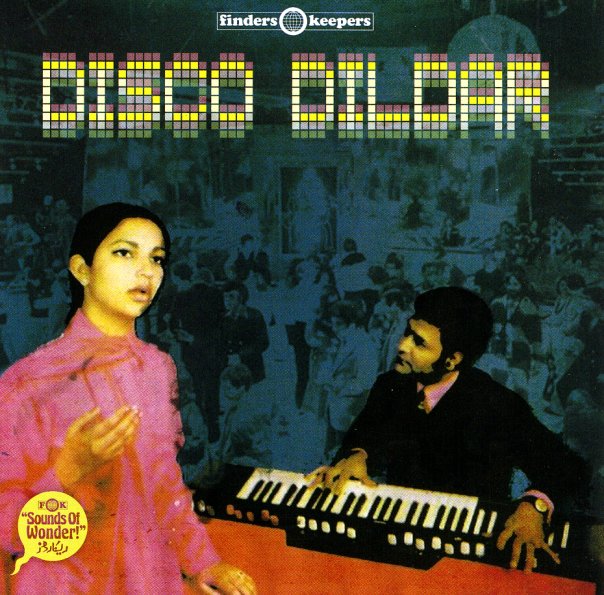 Not the straight disco you might expect from the title – and instead a whole host of weird and wonderful grooves from the later years of the Lollywood film scene! These Pakistani tracks follow a bit of the style of Bollywood work of the time, but often have a tighter, more compressed approach – sharper electric instrumentation, especially keyboards, mixing with bold acoustic lines on horns and plenty of percussion – all in support of singers who soar out over the top with this really other-worldly style! Overall, there's a bit less of the sentiment you'd find in Indian film music, and instead this oddly angular, offbeat approach that really keeps things interesting – and more than trippy enough to match the slight psychedelic currents in the production. Titles include "Tere Saath Mulaqaat Ek Raat Ki" by Tafo Brothers & Nahid Akhtar, "Tere Mere Larr Gaye" by Kamal Ahmed & Mehnaz, "Oh My Darling" by Nisar Bazmi & Runa Laila, "Badal Aur Bijli" by Sohail Rana, "Happy New Year" by Tafo Brothers & Noor Jehan, and "Disco Dildaar Mera" by M Ashraf & Noor Jehan. Compiled by Andy Votel & Chris Menist too!  © 1996-2022, Dusty Groove, Inc.