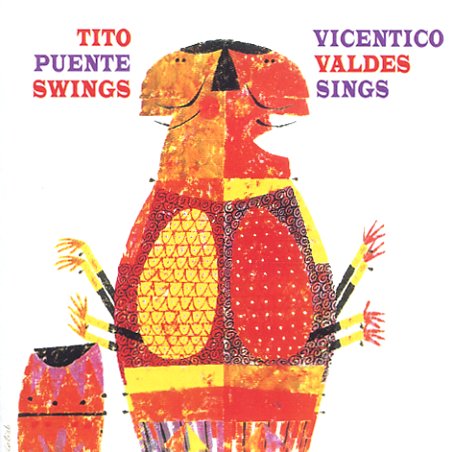 Tito's classic early 60s group is joined by the legendary Vicentico Valdes on vocals – for a nicely swinging album that we like better than most of the mid 60s sides Valdes cut under his own name. Titles include "Soy Feliz", "Nueva Vida", "No Lo Hago Mas", and "Guaguanco En Tropicana".  © 1996-2022, Dusty Groove, Inc.
(Mono black label pressing with deep groove. Cover has some surface wear and aging, clear tape holding the seams, a bumped corner, and a name written in pen in back.)