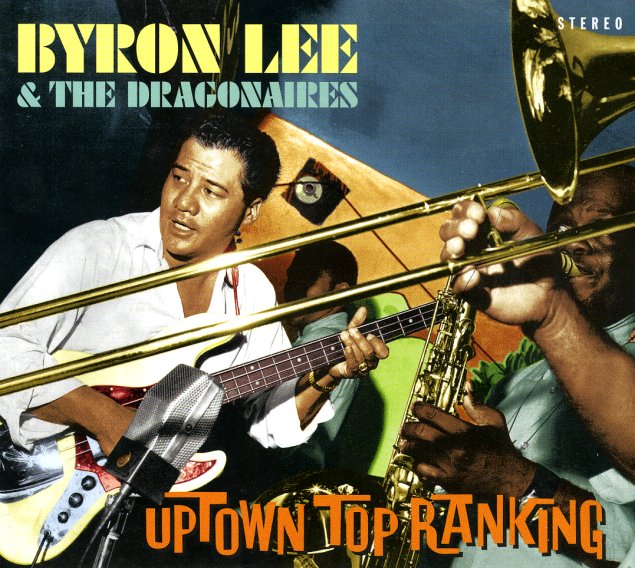 Some of the best work you'll ever hear from the mighty Byron Lee – not the watered-down sound of later records for the tourists, but all the sharp, soulful sounds that made him one of the hippest talents working in the Caribbean scene of the 60s! Byron's got a groove here that's heavy on influences from the American instrumental underground – almost garage guitar roots, turned towards more Caribbean rhythms – sometimes with a Cuban current at the bottom, other times with more of a Kingston or Nassau vibe – always very hip on the rhythmic tip, with loads of electric guitar and keyboards over the top. The tunes are as playful as you'd guess from the titles – and tracks include "Frankenstein", "Last Night", "Jamaican Ska", "Dragon's Paradise", "Goldfinger", "Soul Ska", "Rock Steady", "Slow Run", "Apache", "We Five", "Reggae Makossa", "Dumplin's", and "Who-Dun-It" – plus a dubby funk cover of "Don't Call Me N***er, Whitey",  © 1996-2021, Dusty Groove, Inc.
(Limited edition!)