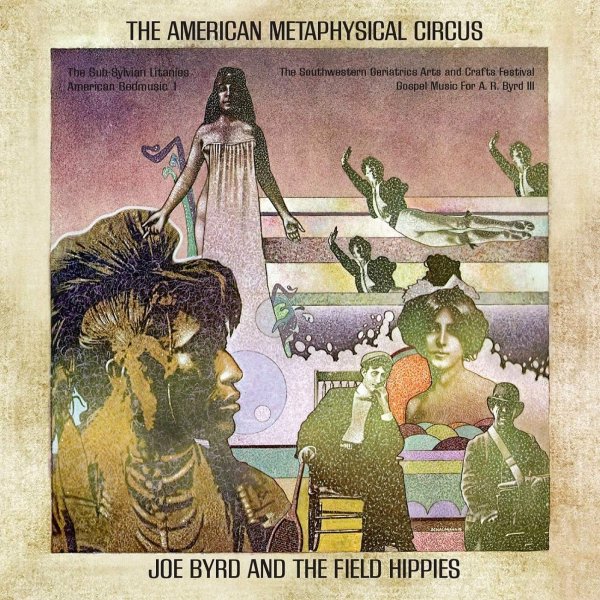 An amazing little record from Joe Byrd – an artist with roots in serious music, but who's serving things up here with a wild hippie aesthetic that makes the whole thing come across more like a "happening" than the usual sort of studio album – but in ways that also echo an earlier generation of Americanist composition too. The process of the record mimics some of Byrd's famous work in New York – and has a very collaborative feel overall, with elements of electronics, acoustics, and vocals coming together beautifully! There's some great tabla, harpsichord, moog, and organ on the record – plus more serious woodwinds and brass – and vocals from Victoria Bond, Susan De Lange, Christie Thompson, and Ernie Anderson – plus Joe himself. Titles include "Kalyani", "Moonsong Pelog", "You Can't Ever Come Down", "Gospel Music", "Nightmare Train", "Leisure World", and "The Elephant At The Door".  © 1996-2021, Dusty Groove, Inc.