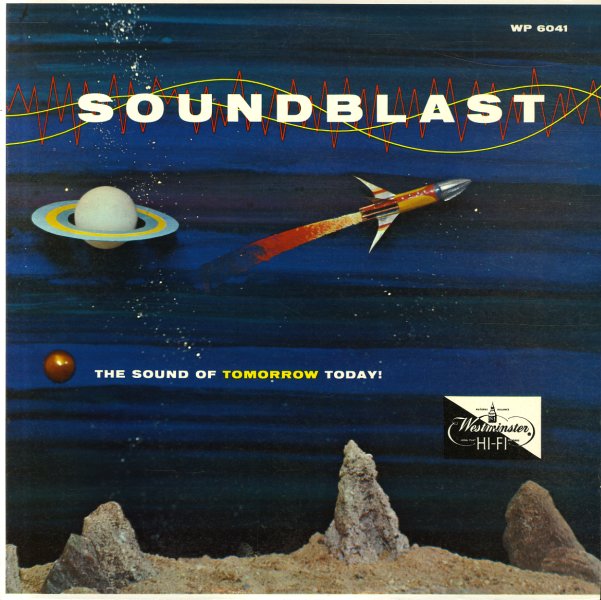 Soundblast – The Sound Of Tomorrow Today

Mindblowing work from the duo of Ferrante & Teicher – a set that's filled with odd experiments, prepared piano techniques, and a lot more weird sounds than their straighter pop albums of the 60s! This one's really got a feel that lives up to the space age cover – an otherworldly approach that uses the piano both for melody and rhythm, thanks to a highly percussive approach to the tunes, and the use of odd bits stuck inside the piano. The pair also play the strings of the piano directly too – not just through the keyboard, but plucking and striking them from inside – further creating lots of weird sounds! Titles include "Peg Leg Meringue", "Tico Tico", "La Cucaracha", 'Loos Ends Meringue", "Cumana", and "Frenesi".  © 1996-2021, Dusty Groove, Inc.
(Deep groove pressing – nice and clean! Cover has a small bit of splitting on the top seam, and some light wear on back – but looks great on the front!)

Piano Portraits
United Artists, 1976. Very Good+
LP...$1.99
A 70s set from the piano maestros – and one that features a version of the Beach Boys' "Disney Girls"! LP, Vinyl record album

Midnight Cowboy
United Artists, 1969. Very Good+
LP...$4.99
A really wonderful record by them. Not totally messed up, like the earlier prepared piano and tape-trick LPs, but a beautiful moody instrumental LP, with the great version of the soundtrack theme as the title cut, plus "Popi", "Sacarborough Fair", "Windmills of Your ... LP, Vinyl record album

Pianos In Paradise
United Artists, Early 60s. Near Mint-
LP...$4.99
One of the nicest albums that Ferrante & Teicher cut for United Artists! The record has bits of prepared piano over exotic backings – perhaps not as crazy as some of their albums for Westminster, but still with some good off-beat touches that make the album one of the few that's really ... LP, Vinyl record album

Blue Strings & Rainbows
United Artists, Early 60s. Very Good+
LP...$34.99
Although at first glance, this album appears to be a batch of soporific easy instrumentals, in the vein of lush string-heavy European orchestras – it's actually a pretty compelling set of dark moody tracks, arranged and conducted by Luchi, with production by Alan Douglas. The record has lots ... LP, Vinyl record album