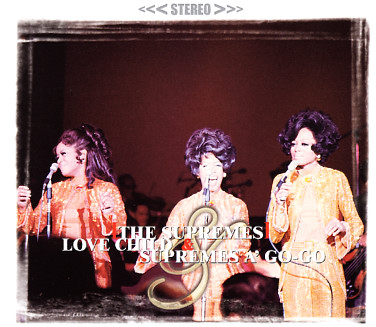 Mid 60s classics from The Supremes – and the girls are in prime hit mode on this tasty CD that features two classic albums back to back! The records both feature Diana Ross and the girls performing tunes not normally associated with them – including many soul hits of the 60s, plus other pop numbers given a Motown soul approach. Titles include "You've Been So Wonderful To Me", "Love Child", "Keep An Eye", "How Long Has The Evening Train Been Gone", "Does Your Mama Know About Me", "He's My Sunny Boy", "You Can't Hurry Love", "Love Is Like An Itching In My Heart", "This Old Heart Of Mine", and "I Can't Help Myself".  © 1996-2022, Dusty Groove, Inc.
(Out of print. Includes slipcase and original case – in nice shape too!)

Let's Get It On
Motown, 1973. Used
CD...$3.99 (CD...$13.99, LP...$28.99)
An amazing record that stunned the world almost as much as Marvin's previous effort, What's Going On. Like that one, this album's an amazingly unified batch of tracks – with a visionary message about sex and love that is as honest and bracing as the politics and social commentary of his ... CD