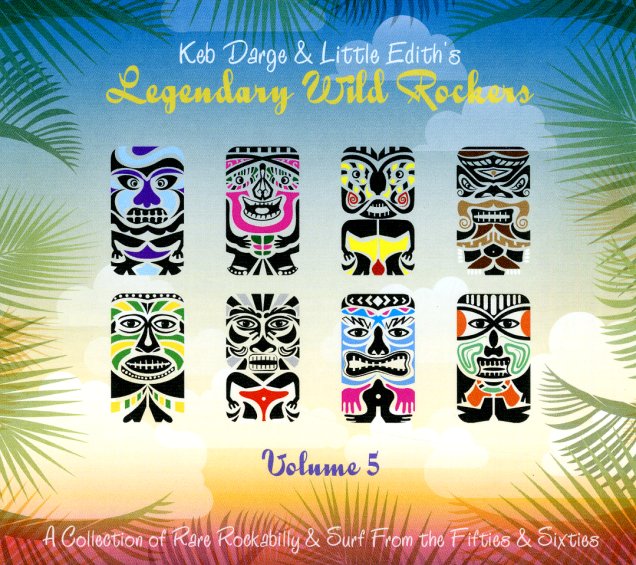 Gritty grooves all the way through – all pulled from rare 45s from the early days of rock and R&B – often heavy on guitars, with a fair bit of instrumentals overall! The mix of modes is exactly what's promised in the title – sounds that start in rockabilly and end in surf, all hand-picked by the mighty Keb Darge, who first found his calling in funk – with lots of help from his musical soulmate Little Edith – a pair of great ears who really know how to move way past the hits and obvious work from this generation! Just about every cut here is super-rare – no overplayed oldies here – and titles include "Twisted Fender" by Jonnie & The Cyclones, "Later On" by The Dynamics, "Neb's Tune" by Ahab & The Wailers, "Ramblin On" by The Thunderballs, "Maybelline" by Ron Haydock & The Boppers, "Panther Pounce" by The Jesters, "Swing Bop Boogie" by Alvis Wayne, "Teenage Ball" by Elroy Dietzel, and "Don't Be Gone Long" by Bob Doss.  © 1996-2021, Dusty Groove, Inc.