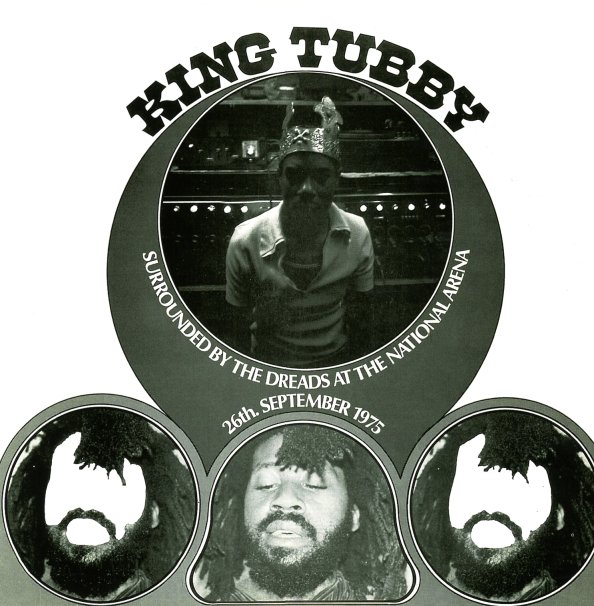 King Tubby Surrounded By The Dreads At The National Arena

Wild dubs from the legendary King Tubby – not really a proper live record, but rather an amazing batch of studio extrapolations that Tubby let loose at a famous concert with The Wailers – reworked beautifully in the studio with some really incredible sounds! Heavy, hypnotic rhythms that pull you and don't let up – plus a few soulful, rootsy vocal numbers, too – and the titles include "I Am, I Am The King", "Most High In Dub", "Coxsone Down Beat", "Come On Little Girl, Come On", "Second Cut", "Ethiopia Land Of My Father" and more.  © 1996-2021, Dusty Groove, Inc.