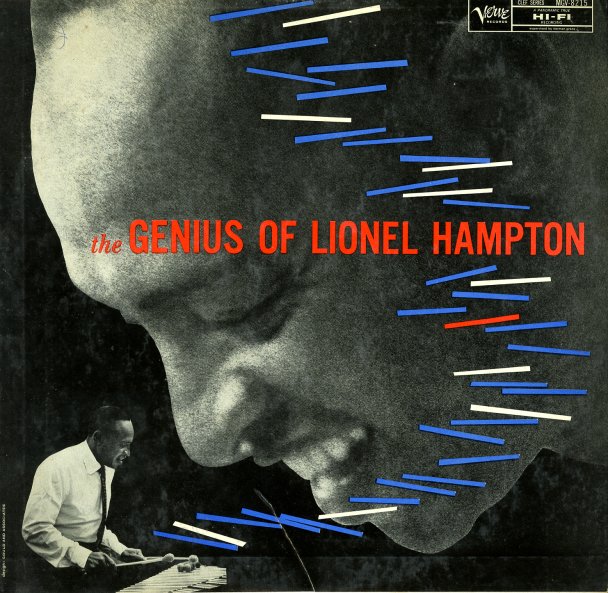 Lionel Hampton in two modes – first in a trio with Teddy Wilson on piano and Gene Krupa on drums – then with his larger group that features Eddie Chamblee on tenor!  © 1996-2021, Dusty Groove, Inc.
(Verve Inc pressing, with trumpeter logo and deep groove. Cover has a split spine and top seam.)