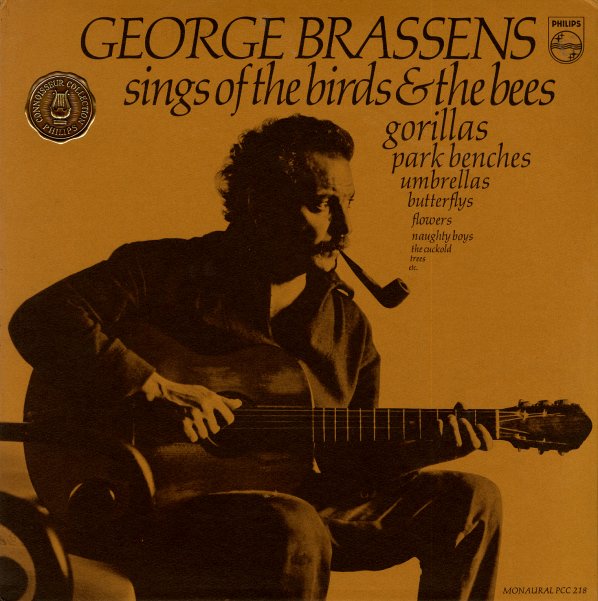 Georges Brassens Sings Of The Birds & The Bees

A great American collection of some of the best songs from this sublime French songwriter – packaged with a booklet that offers up some of the few English language translations of his music we've ever seen! Titles include "The Gorilla", "The Umbrella", "I'm A Naughty Boy", "The Cuckhold", "I Have A Date With You", and more. One of the best French artists ever – in a holy trilogy with Jacques Brel and Serge Gainsbourg!  © 1996-2021, Dusty Groove, Inc.
(Includes booklet.)