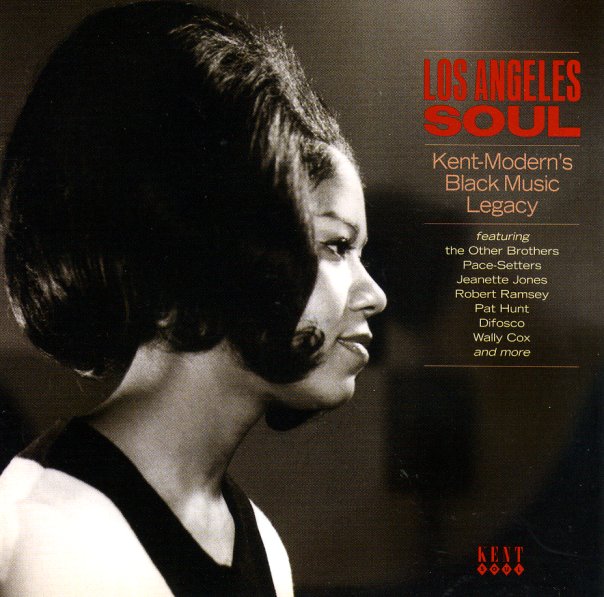 Loads of rare tracks from one of the greatest indies on the west coast – the legendary Kent/Modern label, a company that started during the indie heyday of R&B in California, but continued to put out some really strong soul records in the 60s and 70s! This side of the label's output isn't nearly as well known, but there's some real killers here – tracks that never broke big, especially outside of California, but which are filled with sharp funky edges, and some really wonderful vocals! The collection brings together a few of our favorite singles from Kent that we've never seen reissued, plus lots of other gems, and even a few unreleased tracks from the same stretch – and the whole thing's a real treasure trove of discovery, augmented by the usual really well-done Ace Records approach to notes. Titles include "I Need A Love" by Wally Cox, "Take A Look In Your Mind" by Robert Ramsey, "Cherry Pie" by Lord Charles & The Prophets, "I Want Action" by Jeanette Jones, "No In Between" by Johnny Adams, "My Love She's Gone" by The Intentions, "I Don't Know" by Earl Wright, "Tear My Love Down" by Wayne Boykin, "Push On Jesse Jackson" by The Pace-Setters, "Gone On Home" by Tommy Youngblood, "You're My Girl" by Larry Sanders, "It's Been A Long Time Baby" by The Other Brothers, "Move A Little Closer" by Millie Foster, and "All That Shines Is Not Gold" by The Windjammers.  © 1996-2023, Dusty Groove, Inc.