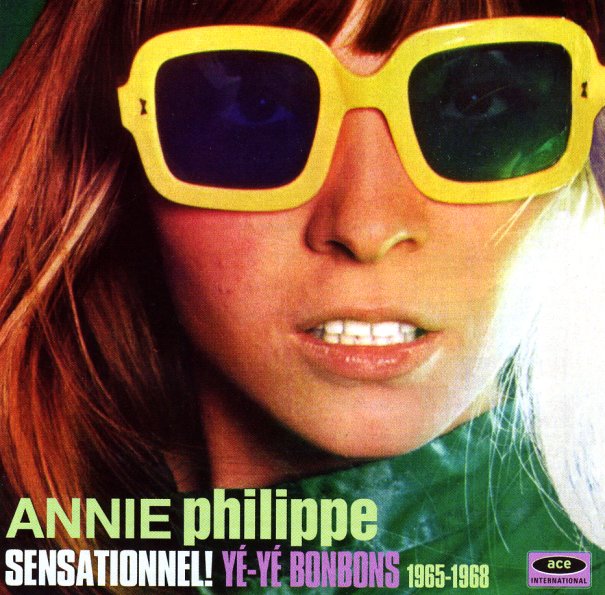 Beautifully groovy work from mid 60s France – all by a singer who's every bit as great as France Gall, Francoise Hardy, or other French greats of the time – but not nearly as well known! This cool collection should correct that fact, as it finally gives worldwide exposure to this brilliant material from Annie Philippe – a bold-voiced female singer whose delivery of the songs is superb throughout – augmented by early arrangements from the likes of Jean-Claude Vannier, Paul Mauriat, Christian Gaubert, and others! Almost all the numbers have a romping quality that lives up to the "ye ye" promise of the title – but there's also a vibe that's deeper than throwaway pop, as Philippe manages to bring a lot of punch to the tunes without ever losing her cool – as you'll hear on tunes that include "pas De Taxi", "Pour La Gloire", "Plus Rien", "C'Est La Mode", "On M'A Toujours Dit", "Sensational Jeffry", "J'Ai Rate Mon Bac", "Un Petite Croix", "Le Mannequin", "Bonjour Bonsoir Et Au Revoir", and "J'Ai Tant De Peine".  © 1996-2021, Dusty Groove, Inc.

C'Est Chic! – French Girl Singers Of The 60s
Ace (UK), Late 60s. New Copy Gatefold
LP...$24.99 28.99
Fantastic French femmes from the 60s – and a great illustration of the way that girl power really took over the sound of the Parisian scene at the time! These tunes have a punch that few American or British tracks of the period could ever hope to match – a way of staying sweet, yet ... LP, Vinyl record album

Vivre Pour Vivre
Polydor/Universal (France), 1967. New Copy (reissue)
LP...$39.99 44.99
A very groovy record from the lovely Annie Girardot – done at a time when she was appearing onscreen in the Claude Lelouch film that's named in the title, but steps out here in an even wider range of modes than we might expect! The arrangements are great – handled by Maurice Vander and ... LP, Vinyl record album