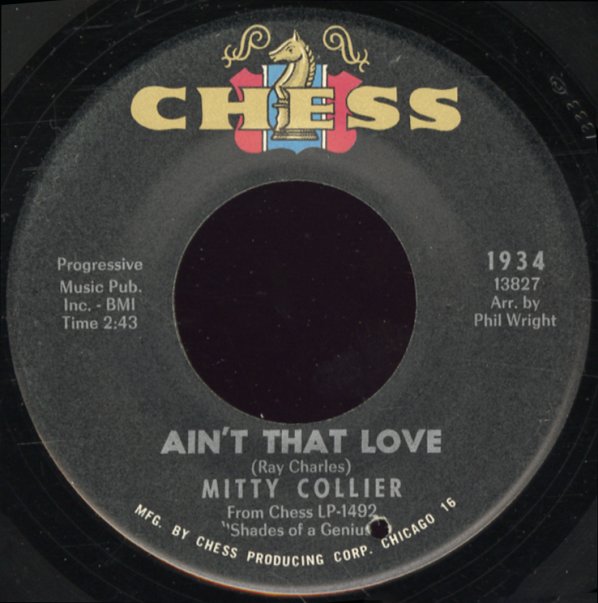 Ain't That Love/Come Back Baby

One of the greatest voices to ever sing for Chess Records – and that's saying a lot! "Ain't That Love" is a really righteous number – almost gospel in inspiration, but overall very soulfullly styled! "Come Back Baby" is slow and bluesy – another Ray Charles number, given a deeper soul twist by Mitty!  © 1996-2021, Dusty Groove, Inc.
(Black label pressing.)