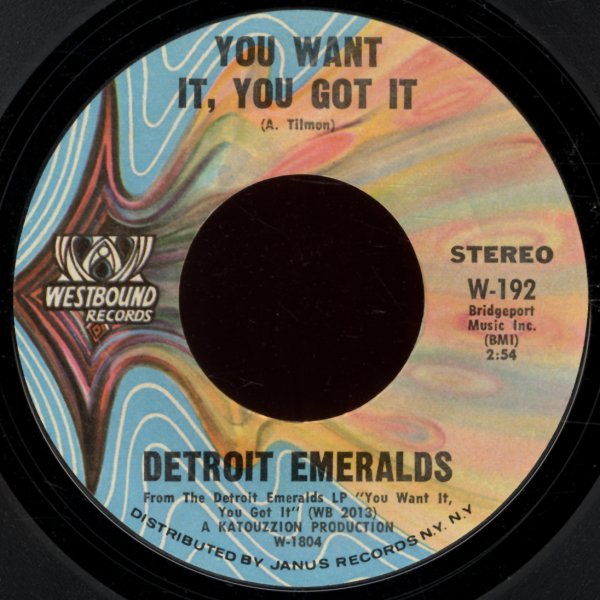 A real killer from the Detroit Emeralds – Westbound soul at its best! "You Want It You Got It" has a wonderful little groove – the kind of hook you can't deny, wrapped around some great group vocals, with some nice slightly psychedelic touches on production!  © 1996-2021, Dusty Groove, Inc.
(In a Westbound sleeve.)